Backing into a Story—an Encounter with “The Bleaks”

Never having written a mystery novel, or any novel, I didn’t know where to start. A man I had been dating—an architect and not a writer—told me to write the backstories to my characters. It was great advice! And so I spent the early days of my writer’s retreat creating my protagonist and trying to settle on a name for her. Ruth. Eventually, I decided on Ruth. A good, Biblical name, as would befit the daughter of missionaries. (As described in an earlier post, Ruth’s parents were likely missionaries. By now I had determined that they definitely were!)

I created Ruth’s childhood and the tragic disappearance of her little brother. Since she has a PhD in literature, I even crafted a description of her dissertation. This is from my notes:

She wrote her dissertation on an obscure group of 1960s poets. Not as famous as the Arechi or “Wasteland” poets who emerged in the aftermath of WWII, these 60s poets, known as the “Bleaks” [fictitious group as far as I know!] were similar to the American “Beats.” They despised the idea of “Japanese tradition,” or at least the way it was fetishized. They were suspicious of the postwar progress that was being touted by all and sundry—the progress that saw the rise of the automotive industry and that brought the Olympics to Japan for the first time in 1964. They wrote angry, ugly verses and often set their works in a dystopian future of bleak ferro-concrete landscapes. 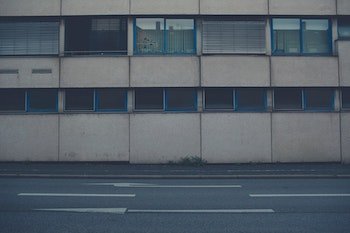 The Bleaks also despised Western arts. They looked askance at other Japanese who hobnobbed with Westerners. Most Westerners at the time had little respect for Japan—a nation of losers—and so anyone who mingled with Westerners appeared to the Bleaks as sycophants. The Bleaks were interested in a middle ground, or a new path. They wanted to create a mode of expression that was unique, original to Japan’s defeated state. Not a defeated expression or an expression of defeat; but a poetic vision that rose phoenix-like from the flames of destruction and soared to a new, untouched region of reality. Theirs was an impossible dream. And in its impossibility they found only despair. Their poetry was failed, discordant, and full of anguish.

In truth, the group depressed Ruth. She barely managed to complete her dissertation. And once she finished, she really didn’t want to return to the “Bleaks.” She had begun translating the novel Kimono Killer by popular woman writer Daté Yuriko, and she found that translation appealed to her.

I even wrote one of the Bleak poems that Ruth translated:

And that was one of their more sensible of the poems!

Writing Ruth’s backstory became so entertaining, I almost lost sight of my story!