Beyond the Vanishing Point: Traveling the Map of Memory

I stood on the bridge feeling perplexed. Nothing was right. There should have been a small lane here next to a beauty salon. It was gone. Not just the beauty salon, but the lane, too. Perhaps I was on the wrong bridge.

I looked up and down the river and saw bridges in either direction. Any one of them could be the bridge I thought I remembered.

I began to feel unmoored. I’d been walking through the streets of Fukuoka for several hours now trying to remember my way home.

Home? Really? I had only lived in the house on Torikai for a year. After that I would visit my parents occasionally on summer break or winter vacation. It wasn’t really my home, was it? My home was in America, or someplace.

“But that year. That year had been special. It had made all the difference. That was the year I fell in love with Japan.”


Having lived in Fukuoka earlier, in the years before I was born, they knew their way around. But I didn’t. I was practically helpless, and after I arrived in the city I had to depend on my parents for almost everything—much as I had when I was a child. It was strange. There I was, nearly twenty-years-old and needing my mother to walk me to school.

For the first few days after my classes started at the university, my mother guided me through unfamiliar streets. We strolled purposely through the crowded Nishijin market, past carts laden with fruits and vegetables, past the fish mongers, past all the stalls that wafted pungent smells my way, smells I had never encountered before. 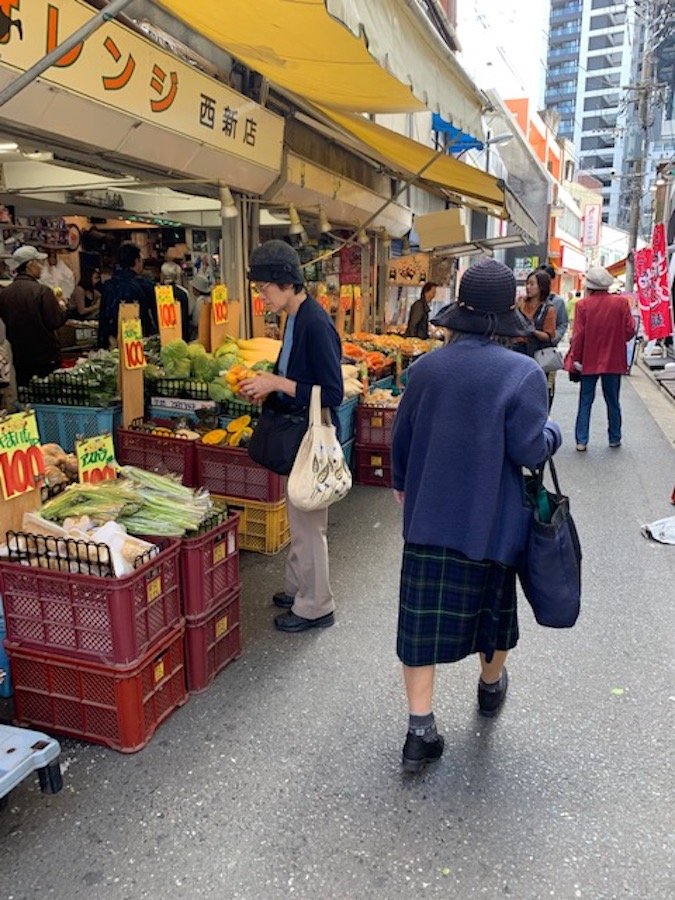 In the beginning, I wrinkled my nose and urged my mother to hurry. Later, I grew so accustomed to the odors I hardly noticed them. Now, after decades have passed, I crave them.

From the fall of 1976 to the summer of 1977 I took that route any number of times, so often I no longer needed to count the traffic lights or look for the landmarks. Left at the beauty salon, right by the stall selling underwear, two carts of vegetables, three fish mongers, and then left by the Mister Donuts shop where they blared advertising jingles nonstop. “O-ha-yoo, Mister Donuts. Konnichiwa, Mister Donuts.”

I couldn’t read any of the street signs then. I felt my way through Fukuoka, relying on my senses. I was like a child lost in the wilderness, depending on sight and smell.

I couldn’t read any of the street signs then. I felt my way through Fukuoka, relying on my senses. I was like a child lost in the wilderness, depending on sight and smell.

Larger places remain in my memory: Hakata Station, where I ended up unexpectedly in an omiai (arranged marriage) meeting; Hoshiguma, where I was born on the kitchen table; Nishijin, where Mother and I would walk the busy market to grocery shop; and of course, Seinan Gakuin, where it all started—where my father taught and where I spent a year of study that would transform me forever. These places are easy to find. They are listed on the map. Just say the name and a taxi driver can get you there.

Then there are the more phantom associations: “George’s,” a small bar where I tried my first gin fizz; “Torijin,” where they served yakitori on a plate of vinegared cabbage. Both were within walking distance from my house. But which way? It would be impossible for me to remember now.

I have snapshots of memories. George behind his bar in a bowtie, his English polished by the years he catered to American servicemen, back before they closed Itazuke Air Base. The men at Torijin calling a loud welcome when my friends and I rattled open the sliding door. The sharp smell of vinegar and grease greeting us as well.

And then there’s my house itself somewhere in Torikai. A single-story bungalow surrounded by a cinderblock wall. There were sago palms in the garden and a large camphor tree. Only, I can’t remember the address. Nothing is where it is supposed to be.

My memories are strong. But I have little to pin them on. The city has grown so much in the interim. Walking along streets where I might have walked forty some years ago—I find only the phantom of the past.

I want to remember but the map that has been scored on my memory was never clear and now is only a palimpsest, a fading etch-a-sketch.

I want to remember but the map that has been scored on my memory was never clear and now is only a palimpsest, a fading etch-a-sketch.

I’m angry at myself for not paying more attention when I lived here. Why didn’t I commit the place names to memory? Why did I assume I could always retrace my steps, relying on my senses? Why did I think my parents would always be here . . . be with me?

The writer Yi Yang-ji (1955-1992), or Lee Yangji, perfectly expresses the fragility of memory in her essay “Fuji-san.” A memoir, she uses it to detail her love-hate feelings for the iconic mountain. As a young woman the mountain represented Japanese imperialism and all the cruelty visited upon Koreans in Japan, particularly those forced to labor. 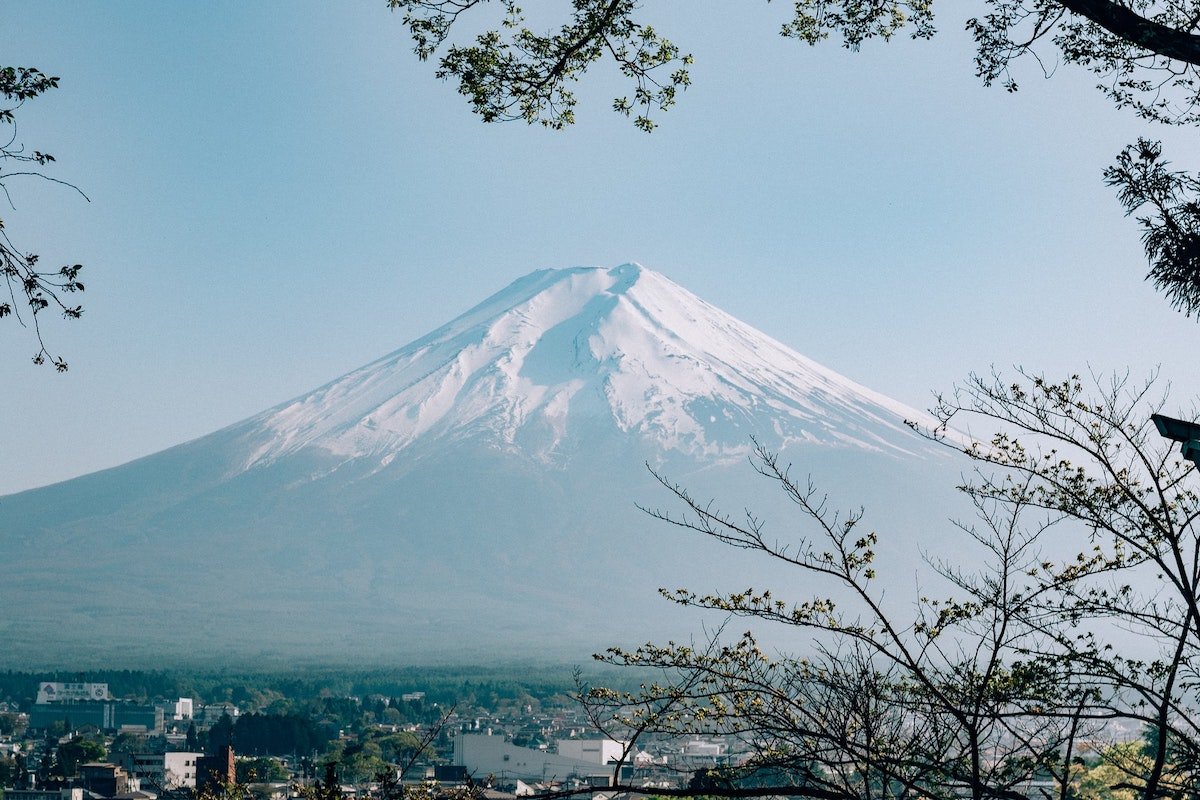 Yi grew up in Yamanashi Prefecture, under the shadow of the mountain, where she felt constantly surveilled and confined. Later, after she left Japan for Korea, she found herself irresistibly longing for Mt. Fuji’s lovely, languid slope.

In her memoir, she travels back to the town where she was born where the closest mountain to her house was not Mt. Fuji but Mitsutōge, a range of smaller mountains facing the magnificent peak. She has a friend drive her through the winding streets searching for the little lane that will carry her to her old house.

At first they cannot find the street. The essay’s narrator describes how she sets her inner compass on the remembered distance from the mountain that she had seen daily as a child. It was her sense of distance from this mountain that allowed her to find her old street, just like a lost child trying to navigate the wilderness. Sometimes we can only see through memories.

I had a similar experience trying to find the street to my old house. After giving up my search the following day, I had lunch with an old family friend, now deep into her 80s. We dined at a small spaghetti place in Nishijin. When we parted ways, she pointed to a small lane I had overlooked before.

“Remember that? It was your mother’s favorite.”

I set off down the lane. My feet naturally found their way to familiar paths. When I came to a bridge, the memories of the past synced with the present. 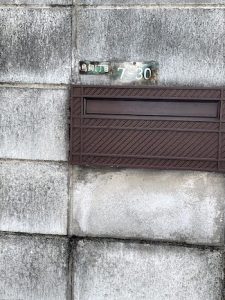 Remainder of Torikai Wall, 2019. Our house was next door. Author’s photograph.

The scene that arose from memory exactly matched the image of the mountain immediately before me, thirty years thereafter.

“No, we went too far,” I said. “It’s too close, we already passed the road that goes to the right —disconcerted by the thought, I had my friend back up as if in retreat from Mitsutōge.”

And so they did. I found an old address sign that resembled the one I had seen so many times before but had never noticed. And then I saw the numbers that matched those in my memory: 7-34.

The house was long gone. I suspected it would be. So much of Fukuoka now is bright and new and rebuilt. Even so, it gave me comfort to know that I had found it. I had retrieved my memory from beyond the vanishing point. 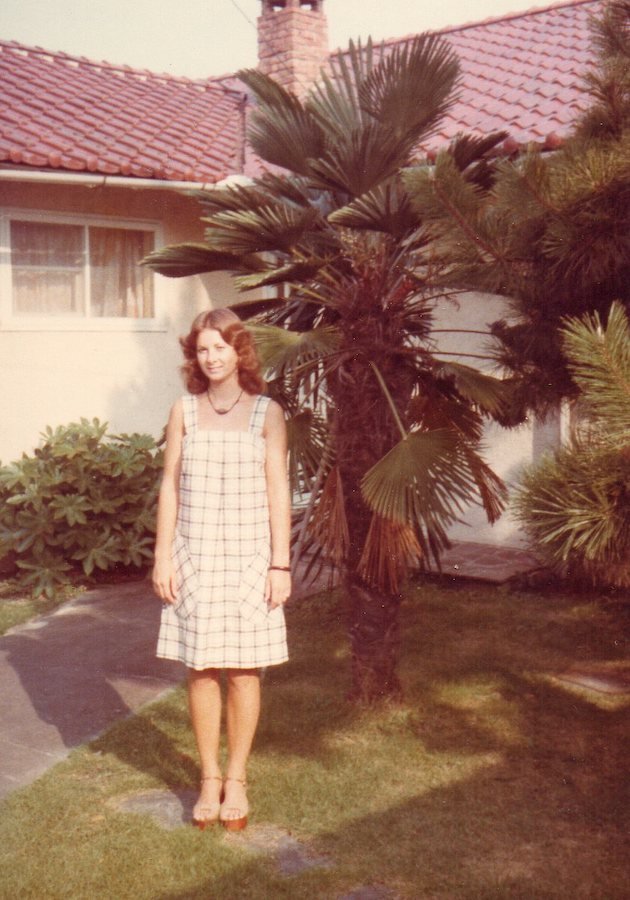 Author in front of her Torikai house, 1976. Author’s photograph.

For more on Yi Yang-ji’s works, see Michael Toole’s wonderful Master’s Thesis: Towards the Borderlands: An Investigation into the Works of Yi Yang-Ji

Featured photo at top by Alexander Schimmeck on Unsplash