Edited Out, Part One: Hiratsuka Raichō and the Shiobara Incident

We are very interested in reviewing the full manuscript of The Kimono Tattoo.  The word count is a little too long though.  Would you be willing to edit your book down to get closer to 100k words?

When I first sent Melissa Carrigee of Brother Mockingbird Publishers my manuscript, I had already culled ten thousand words. But it still weighed in at a hefty 117K words. I was happy to chop off more, but I just didn’t know how to take it further. So, I hired a copyeditor, something I now realize I should have done much sooner, and with her help we whittled away another 18K.

Later, at a writers’ discussion hosted by Kathy Murphy of the Pulpwood Queens, I told the ZOOM group about the edits. Fellow writer Sara Stamey suggested I share some of the excised sections here on my blog. I thought her idea was wonderful. It allows me to revive some of those “deceased darlings” and it also alleviates me from trying to think up ideas for a post. Don’t get me wrong, I enjoy sharing my memories, reviews, and such. But, there are times when it is difficult to balance blogging with grading papers, preparing lectures, chasing down plumbers, and all the other real life stuff.

So, over the next few posts, allow me to share some of the scenes that ended up on the cutting room floor.

The following is from “Chapter Four: Crows.” Ruth has just learned from a TV news report that a body has been found alongside a river in Shiobara, described much the same way as in the novel she read the night before. 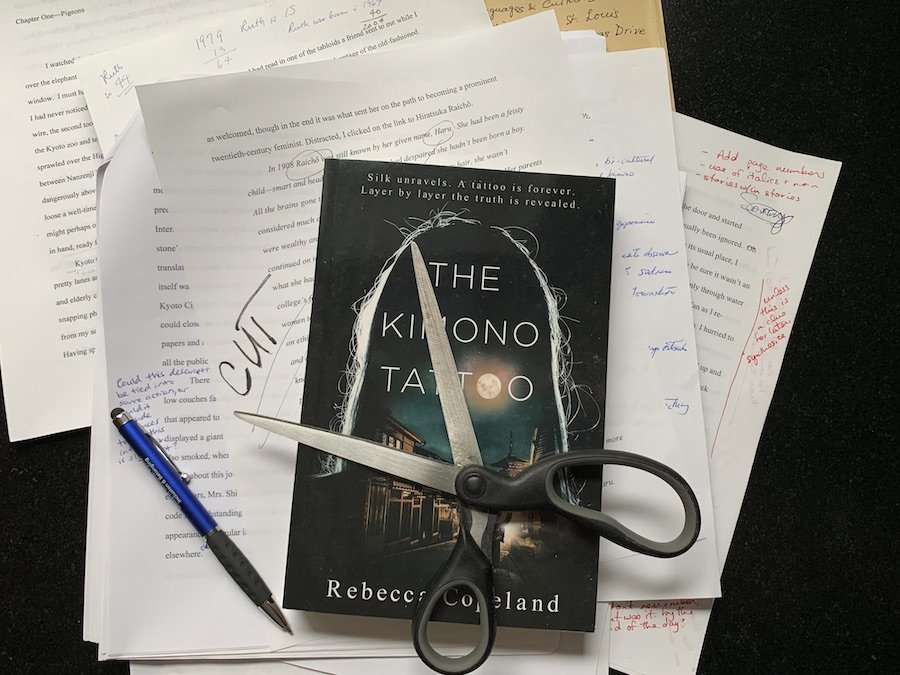 Here’s what was cut:

Quickly depositing my dishes in the sink and pouring myself another cup of coffee, I clomped upstairs to turn on my computer. Maybe the news outlets had picked up the story by now. I scanned the usual sites: Yomiuri, Asahi, Mainichi, Japan Times. But as of yet, none had anything to report.

I typed in “Shiobara” and “Incident/Accident/Death.” That led me to page after page on Hiratsuka Raichō and her failed suicide attempt with Morita Sōhei—the one the innkeeper had mentioned to Tani. That event had taken place in 1908! Not exactly breaking news! But I guess it was still much talked about in Shiobara—and undoubtedly brought the area the kind of notoriety that also brought customers. The notoriety it brought Raichō was not quite as welcomed, though in the end it was what sent her on the path to becoming a prominent twentieth-century feminist. 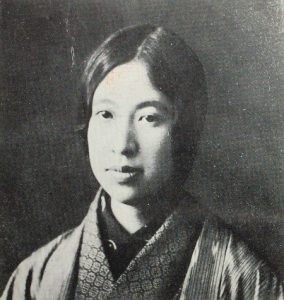 Distracted, I clicked on the link to Hiratsuka Raichō.

In 1908 Raichō was still known by her given name, Haru. She had been a feisty child—smart and headstrong. Her parents had despaired she hadn’t been born a boy. All those brains gone to waste. And with her dark skin and wavy hair, she wasn’t considered much of a beauty either. But little Haru was not easily deterred. Her parents were wealthy and able to send her to the best schools then available to girls. She even continued on to college, studying at the newly-founded Japan Women’s College.

Despite what she had believed would be a progressive curriculum, Haru soon discovered the college’s founder was just as old-fashioned as everyone else. He was intent on educating women to be excellent wives. Haru began skipping classes, especially the founder’s class on ethics. She took to studying on her own in the library—books on western philosophy and eastern religions. She managed to graduate. And she continued her quest for knowledge by attending a weekly reading group—open to men and women—where participants shared their writing efforts.

When the handsome Morita Sōhei—a rising star in the literary arena and the favorite protégé of the great writer Natsume Sōseki—praised one of Haru’s pieces, she was smitten. And it seems he was attracted to her as well. He sent his old-fashioned wife home to the country with his children and began to court Haru.

Their romance was apparently platonic but dangerously passionate if not a little morbid. Sōhei sent Haru a letter telling her that a woman was most beautiful at the moment of death. Haru responded with the message that she could think of nothing more romantic than to die by his hand. They arranged to meet at Shiobara Onsen with a dagger and a bottle of whisky.

But Sōhei, lost his courage. He could not kill Haru. Their plot was uncovered and both were dragged home to their respective families and the ensuing media circus.

Love suicides were prominent in the past—but only among the lower classes. Here two members of the elite had contemplated something so unseemly. Sōhei had Sōseki to cover for him. The distinguished writer urged his young protégé to turn his experiences into a novel, and Sōhei did, detailing for all who cared to read his work how he and Haru had misbehaved. 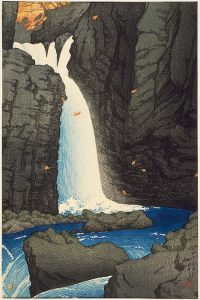 The honesty with which he revealed his inner anguish earned Sōhei positive accolades, while it earned Haru contempt. She was labeled a hussy—a prime example of why education corrupts women. Her name was stricken from the Japan Women’s College alumnae lists. And she was forced to leave town.

All expected Haru to hide away in shame. She did hide away briefly in Kamakura. Where she meditated and studied and became even more determined to work for what she believed was freedom from an unfair family system. She took the name Raichō—from the bird that lives a solitary life, high in the peaks of the Japanese Alps—and she returned to Tokyo to become the founder of an influential women’s magazine.

Towards the end of his life Morita became a member of the Japanese Communist Party. He died of liver disease. Raichō, on the other hand, became active in the Peace Movement following World War II and founded the New Japan Women’s Organization, which remains active to this day.

The page was complete with photos of the hot springs, Sōhei, and Raichō—who I found very beautiful, despite the negative press. At least her trip to Shiobara ended well. Not so for Tani Satoko. She had gone to meet her brother—not a lover intent on releasing her beauty through death! But what had happened?

Wow!! Talk about an info dump and digression all rolled into one.

This one was perhaps the kindness cut of all.