My Father’s Other Son

When I was born my father’s colleagues sent him condolences.

I was the fourth daughter.

The year was 1956, long before parents knew about “gender reveals.” Mine had prepared for a son. Of course they’d have a son. How could they have another daughter?

But I was contrary.

And since my parents were then living in Japan, I was also excessive. Unnecessary. Grounds for condolences.

My mother told me that they were secretly furious at the outpouring of sympathy. “How dare they express regret over a perfectly healthy baby?”

Publicly my father made a pun—using his skills in the Japanese language. Otoko no ko wo shussan subeki datta ga Becky wo shussan shimashita.

We were supposed to have a boy, instead we had a Becky.

The pun is in the repetition of the sound “beki/Becky.”

Shortly afterwards my parents relocated the family of four daughters to the United States and the condolences stopped. But two and a half years later, when my younger brother was born, my parents’ friends in Japan sent them large koi nobori carp kites in celebration.

Despite himself my father could not wait to fly the kite on May 5th, in honor of Boys’ Day—in honor of his son.

He attached it to the roof of our old wooden house in Wake Forest, N.C. But it just didn’t have the same impact it would have had fluttering proudly in Japan. Passersby asked about it, wondering if perhaps my father was a prodigious fisherman. Or perhaps it was some kind of signal? A celebration yet unknown.

I’m not sure how long my father kept up the practice. He may have felt it insulting to the four daughters he already had. The fish kites were packed and stored away. 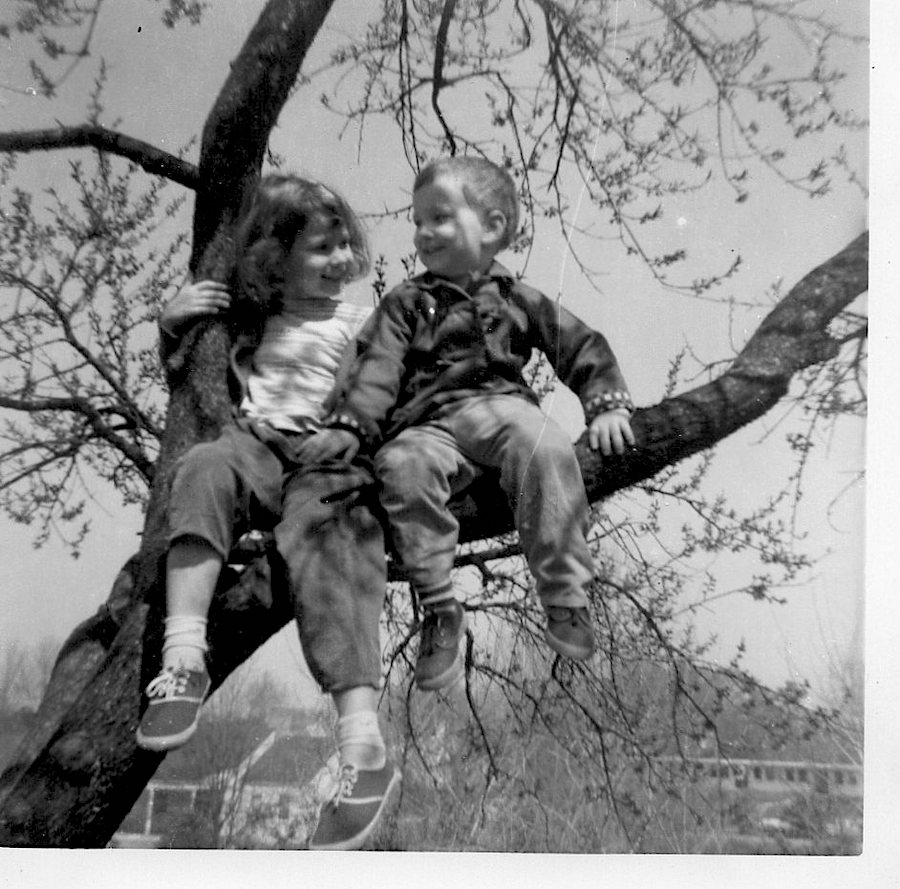 In a tree with my younger brother, Luke. Credit: Author’s photograph.

In elementary school I was the best on the field playing softball. I hit home runs almost every time at bat. When it came to dodge ball I was the most nimble, in tag football I was the quickest.

And then I turned twelve and everything changed.

Girls played different games. We wore puffy pastel shorts in gym class with matching button-up blouses, and we focused on toning and stretching. The boys wore singlets and cleats and ran on the track until their hair matted with sweat. Girls were cheerleaders, boys played sports. I stopped hitting home runs.

My father taught my brother how to mow the lawn and trim the shrubs. I helped my mother with the kitchen. I learned how to curl my hair, tweeze my eyebrows, and paint my nails.

That was so many years ago.

I don’t regret the life I lived. But sometimes I wonder what might have happened if I’d been celebrated for those home runs.

Photo at top by Benjamin Davies on Unsplash