The Mistakes I Made on My First Trip to Japan!

Overheated, overdressed, and definitely over the idea of traveling with my parents, I plopped down on my suitcase right there on the platform of Ueno Station in Tokyo, Japan. My suitcase was a bright red hard vinyl rectangle. It was part of a matching set that I’d gotten when I graduated from high school in 1974. It came with a smaller version as well as a “train case.” It would have made more sense to have had the “train case” with me, since I was waiting to board a train. But my mother had told me to leave it behind in America. We’d have enough to carry as it was.

“You and your brother can only bring two suitcases each,” she had told me repeatedly. “You can’t bring any more than you can carry.”

How unreasonable it all seemed to me. I was planning to spend an entire year in Fukuoka, Japan with her and my father. How on earth was I supposed to survive on only two suitcases worth of clothing? As it was, I couldn’t even fit my shoes into the smaller red case. I cut a deal with my younger brother to let me stuff some of my things in one of his bags. After all, he’d only be in Japan for the summer.

My father, who had traveled ahead of us by several months, met us at Haneda Airport. He seemed happy to see us, until we kept pulling one suitcase after another off the baggage carousel.

“I thought I told you to travel light,” he said to my mother. She looked at him and rolled her eyes in my direction.

After we got through customs, my father told us to grab our things, we were going to take the monorail. He made it sound as thrilling as a Disneyland ride, probably to cover up the fact that we would have to carry our own stuff—just as Mother had warned.

The plan was to take us first to Lake Nojiri in Nagano Prefecture where we would spend a few weeks acclimating to Japan. Nojiri-ko was a well-known summer destination for foreign missionaries, a cheaper version of Karuizawa. My father had borrowed a cabin there from a fellow missionary. My parents were doing everything they could to make the Japan journey pleasant for my brother and me. Neither of us had really wanted to come. They figured a week with other American kids our age would do the trick. 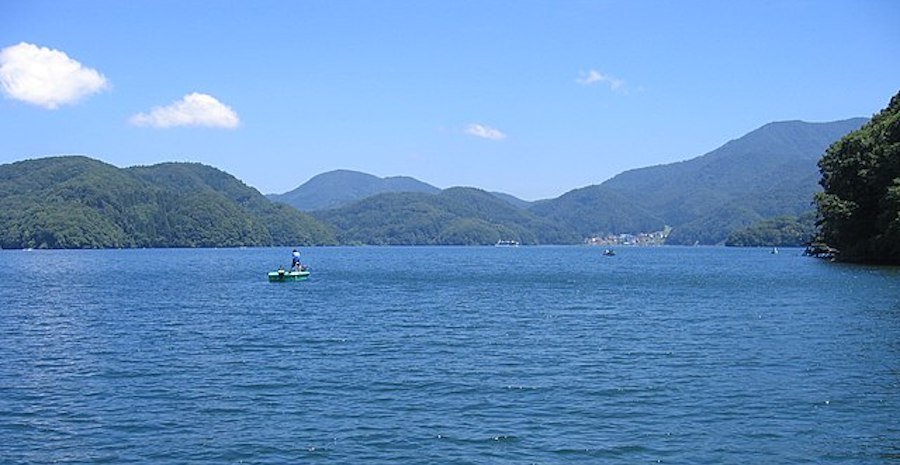 So, there we were on the Ueno train platform, after taking the monorail from Haneda and then the Yamanote Line in what had to have been a long-lost route on one of Dante’s circles of inferno.

I had never been so self-conscious in all my life. Everyone was staring at us.
And why wouldn’t they? We had become a portable roadblock of listless teenagers and harried parents dragging mountains of luggage on and off commuter trains.

My father, the only one in the group who knew Japanese, hustled us on to a pristinely clean train the instant the doors opened, luggage and all. Then he parked us by the doors and told us not to block the entrance. Hard to do when you’re a portable roadblock. We were all so big and so awkward and so much in the way. People shoved at us and glared as they tried to exit or enter the doors we were blocking.

“Pay attention!” He warned. “The train does not stay long in the station. You have to be ready to jump out.”

Jump out? Where was I going to jump out? What if I don’t jump out in time? I could feel my heart begin to pound.

For some odd reason, I started to practice asking for directions in French. I couldn’t speak Japanese, and French was the only foreign language I then knew. So, parlez-vous français?

It was summer and the train compartment was sweltering. Coming from North Carolina, I was used to the heat. But this was something altogether different. Plus, either there was no air conditioning or it was barely on. I was relieved when we finally did “jump out” of the train and onto the platform, only to discover the heat there was just as oppressive.

Prepping for my year in Japan, I’d splurged on a very stylish off-white trench coat. For the airplane trip, I wore it over white linen trousers and a white tee-shirt. I topped off my look with an ecru-colored straw hat festooned with a shell-studded tassel. You know, like a sexy French movie star dressed glamorously for travel.
As I sat there on my red suitcase starring glumly at the hordes of people pushing past me on the platform, I realized the error of my chic ambitions.

In the first place, who in Japan wears a trench coat in July!?

Mother had told me about the rainy season, and I thought I’d been so clever. The lining of the coat now stuck unpleasantly to my arms. I desperately wanted to take it off, but I was afraid I wouldn’t be able to carry it and all my baggage. My stiff straw hat was making my scalp itch, and my head pounded as I sat there in my self-imposed sauna, feeling the sweat trickle down my back.

“Once we get on the next train we can relax a bit,” my father promised.
I don’t remember much more about the journey to Nojiri. I just remember that a friend met us at the station in a big car and drove us luggage and all into the mountains, depositing us at a very rustic cabin. Close to the lake, the breeze was brisk and the air much cooler than it had been in Tokyo.

My father and mother left us there while they went with the friend to a small village to buy food for our dinner. It seemed like ages since we had eaten.
There was a small charcoal grill outside the cabin. Mother must have already known this because she came back with hot dogs.

What a curious way to spend my first evening in Japan. It hardly seemed appropriate for a young ingénue in a white trench coat to dine on hotdogs.
“It’ll be fun! Like a cookout at home!” My mother tried to fire up my enthusiasm.
My brother was more cooperative. I sulked a bit as I set the table but in truth, I was famished.

We sat around the charcoal grill watching Mother turn the hot dogs with long chopsticks. She wrapped each one in a slice of bread before handing it to us. 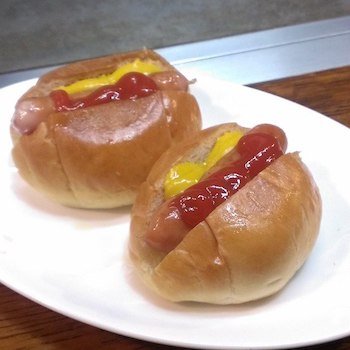 “These don’t taste right,” my brother was the first to sound the warning.

I took a tentative bite and spit it out immediately.

This was no hot dog. It was made of fish. I hated fish.

Mother’s smile turned to dismay. She had wanted us to enjoy a bit of “comfort food” after our long journey. Unable to read the package, she had no idea the “hot dogs” she had purchased were really fish cakes in disguise.

Those marshmallows were full of bean paste!

I went to sleep hungry that night.

But in the weeks to come everything changed.

Some of the other missionary kids who had grown up spending summers at Lake Nojiri took my brother and me to the Asunaro Trout Farm where we fished for our dinner. The staff prepared the trout according to our request.

“Sashimi,” my new friends called out.

Then and there, this silly ingénue who didn’t like fish, decided that it was time she needed to grow her taste buds up.

That night I ate freshwater sashimi and loved it. I drink beer that I had earlier thought I hated. And just like that a whole new world opened up before me.

And I learned never, ever pack more than you can carry.